Plans are now being finalised and registrations progressing well for the seminar in November.  The programme is complete. Early bird registration is open and provides considerable savings and accommodation, early booking is recommended. We shall publish a full synopsis of speakers and sponsors in the next issue.The almost complete programme is on the website. 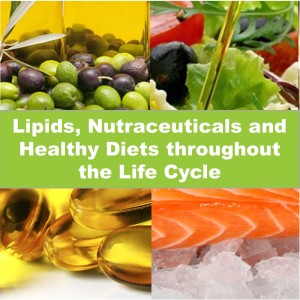 There will be an omega-3 seminar in September in Sydney.

The Omega-3 Centre in conjunction with Complementary Medicines Australia present a 1-day conference addressing how fresh seafood and dietary supplementation combine to play a critical role in human health.

Leading international and national speakers will give a balanced clinical overview – a not to be missed event. For details see:

All the participants had type 2 diabetes or high heart risk. More than 90 percent were overweight or obese, the study authors noted.

The report was published June 6 in The Lancet Diabetes & Endocrinology.\

The never-ending story and the controversy continue.

A recent prestigious study based on 126,000 people counter recent claims that people should eat more fat and fewer carbohydrates. People who eat more saturated fat have a higher risk of an early death, according to a large study that contradicts recent claims that “butter is back”.

The study from the Harvard TH Chan School of Public Health in the United States has been following 126,000 people for three decades to assess the impact of their diet on their health and lifespan. The researchers claim it is the most detailed and powerful examination to date of the effects of eating different types of fats.

Its findings run counter to recent media reports telling us the nutritionists were all wrong and we should all go back to eating as much fat as we like.

The new paper, published in the prestigious US journal Jama Internal Medicine, says eating trans-fats and saturated fats, including those from red meat and butter, is linked to higher mortality rates compared with the same number of calories from carbohydrates.

There has been historical debate in the industry about the differences between trans fatty acids produced by hydrogenation and ruminant trans fatty acids found in animal fats such as butter and tallow. Now a review in Lipids concludes the following.” The results suggest that the metabolism and lipogenic properties of trans-11-18:1 and trans -13-18:1 (found in animal fats) are different to those of trans 9-18:1 the predominant trans isomer in partially hydrogenated vegetable oils. 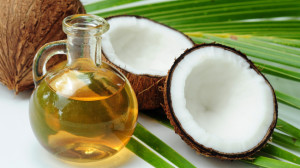 This author was lucky enough to recently enjoy a trip to Samoa. Whilst there we spent a lot of time absorbing the culture from the super friendly Samoans and learning about their diet, agricultural practices and food habits. Contrary to the marketing hype surrounding coconut oil, the Samoans consume coconut milk (contains fibre and protein) with their fish and vegetables and not coconut oil.  The lipids in the milk will behave differently in this matrix than straight triglyceride oil used for frying. We saw very little fried food, most being consumed as steamed or cooked in the Umu, traditional hot stones. The oil is used as a skin treatment.

We had a very interesting trip to Koko Savaii where cacao trees are grown and harvested for cocoa beans. We observed the collection of the fruit pods, fermentation of the beans (7 days) and the drying of the beans in special rooms.

The dried beans are inspected, sorted and bagged, ready for shipment to chocolate producers mainly in New Zealand. More detail on the food and beverage of Samoa in the next issue. 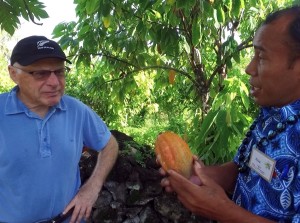 The authors of the controversial fish oil supplements paper have published another paper on the potential deleterious effects of oxidised fish oils. This has now been picked up and blown out of context by The Listener in New Zealand.
The wider lipid scientific community were surprised and highly disappointed by the original early 2015 NSR paper by the University of Auckland.  TGA performed follow up analyses, and all ANZ oils were not oxidised, and Omega-3 content met label claims. Earlier ANZ studies had reported similar findings but were not cited by the NZ authors.  These results have been communicated to NSR, and journal feedback is still being waited on.  The TGA took no actions against ANZ manufacturers, once again in keeping with the wider view that the fish oil products were meeting their omega-3 claims and were not heavily oxidised.

The justification for the new paper appears to be driven / justified by the NSR paper, which we refer to above.  This NSR paper remains in the strongest doubt/dispute.  The new paper uses heavily oxidised oil that the NZ authors prepare.  As ANZ fish oils are NOT oxidised, the study is seen as not relevant.  This is the view of many scientists who have seen the new paper.  The PV result of the oil is exceptionally high, further indicating that the use of such an oil is not relevant.  The dose used is equated to 40 mL per day for a human consumer.  This dose is seen as exceptionally excessive.  Few consumers would be taking more than 1-3 g per day.

The unoxidised oil actually and interestingly shows improvement in the new paper versus the control treatment, although little is stated by the NZ authors on this aspect.

This author spoke about oxidised lipids at the recent NZIFST conference.  The oils and fats group has held several seminars on the toxicity of oxidised fat over the years and has been a stance of ours that we should not consume any oxidised oils.. There are many other significant sources of oxidised fats in normal human diets other than fish oil. These include used and abused frying fats, bottled oils and rancid nuts such as walnuts. The topic of toxic aldehydes from such highly oxidised fats was covered in a recent issue of Inform magazine and covered in this newsletter.

The authors in their introduction state “that in animal models, exposure to oxidised lipids has been shown to cause harm, including growth retardation, organ toxicity, and accelerated atherosclerosis However, the effects of consuming oxidised lipids during pregnancy are unknown . For this reason, this latest study was designed to investigate the effects of fish oil supplementation during pregnancy on the adult offspring of rats fed a high-fat diet, and they also included oxidised fish oil groups. As obesity is associated with increased oxidative stress and greater production of oxidised lipids , the effects of an oxidised lipid supplement may be more marked in obese mothers. The study is very interesting and will be probably the subject of more media hype.

However, a couple of comments. The fish oil (unspecified as to composition) was oxidised artificially to really highly rancid and toxic levels and then used in the rats at levels 20-40 times a normal human dose.

Any relevance to the consumption of omega-3 supplements in humans is likely to be none.