The annual get together at the Northern Club in Auckland was attended this year by 30 people.  The group keeps going albeit quietly after 36 years. As usual the food and drink were excellent, the networking and conversation scintillating and in a fit of euphoria the brief AGM re-elected the existing committee.

People were reminded of the upcoming world congress in Sydney in February 2020. The details of the student awards for the World conference in 2020 are on the conference website. Abstracts are due by mid-July.

This reviewer recently visited a brand-new physical oil refinery in California. The technology and the history of the company are very interesting.

Dr. Bronner’s was founded in 1948 in Los Angeles by Emanuel Bronner, a third- generation master soap-maker from a German-Jewish soapmaking family. He had left Germany in 1929 but later lost his parents to the holocaust. The company’s original German roots date back to 1858. Emanuel used the labels on his superb ecological soaps to spread his message that we must realize our unity across religious & ethnic divides or perish: “We are All-One or None.

The company has, since 2005, shifted its main raw materials to organic and fair-trade sources and produces coconut and palm oil at subsidiary companies and buys olive and mint oils from close partners. All projects work exclusively with small holder farmers and must meet the requirement of organic and fair trade. The local operations and Dr. Bronner’s staff offer the farmers in the source countries assistance in production, agriculture, education, sanitary living conditions and health.

For use in Dr. Bronner’s liquid and bar soaps, the oils require refining, bleaching and deodorization. To date, oils were processed in The Netherlands. To vertically integrate its processes the company decided to build a new state of the art refinery in Vista, California. The equipment was supplied by Crown. (www.crowniron.com)

The brand-new modern plant combines citric acid degumming, bleaching with natural earth and high temperature deodorising. The resultant oils are pale in colour with no odour. The whole plant represents the latest technology in minimising waste, energy and materials with many heat saving features. Their products are not only liquid and solid soaps but include toothpaste and balms. They are good products and are worth sampling. Their story is a very interesting one which is detailed on their website,

Giant cocoa producer Barry Callebaut has committed to including coconut as a 100% sustainable ingredient by 2025.  They claim to be the world leader in cocoa and chocolate.

On March 7they and the U.S. Agency for International Development (USAID), Green Invest Asia, brought together buyers, processors and other actors actively involved in the coconut supply chain in Kuala Lumpur, Malaysia, to do exactly that, establish a sustainable coconut and coconut oil value chain.

Like cocoa farming, coconut farmers are primarily smallholder farmers, and as a result of low yields due to ageing trees and poor farming practices, are not achieving a sustainable livelihood.

The global demand for coconut and coconut oil is growing. But at the same time, coconut farmers are struggling to achieve a sustainable livelihood by 2025 This company is committed to supporting their suppliers to establish farming practices that offer an equitable income for coconut farmers, support their wider communities and safeguard the environment. 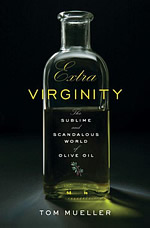 With the active support of Eurojust, the Italian Public Prosecution Office of Foggia, in close cooperation with the German national authorities dismantled an organised crime group trading adulterated olive oil in Germany and Italy, leading to the arrest of 24 persons. The total damage amounted to at least €8 million.
The olive oil, which originates from Apulia in Southern Italy, was mixed with various substances, such as chlorophyll, beta-carotene and soy oil, to modify its colour. (Those Chemists!) The product was then distributed to the German market for a long period of time as extra virgin olive oil, mainly restaurants and shops in Stuttgart, Frankfurt and Berlin, as well as restaurants and supermarkets throughout Italy.

Olive oil fraud just keeps going on since the profits are considerable and most food authorities can not be bothered policing this area saying it poses no threat to human health. Like heck.

Over the past year, Hemp has seen a rise in popularity as it becomes more widely accepted by mainstream consumers.  The NZ Food Standards Code was changed in November 2018, allowing the sale of hemp seed food products for human consumption, prompting a wave of positive publicity and activity in the hemp space.

The new hemisphere™ brand has been working hard to take advantage of the recent food law change, and to bring the health benefits of hemp seed foods to the New Zealand consumer.  new hemisphere™, part of the Midlands group of companies based in Ashburton, has since added three new products to the original Hemp Seed Oil 250ml and Hemp Seed Oil Capsules which the brand has been supplying to the market for over 15 years.

These new products include Hemp Protein, Hemp Seed Flour (both made from the meal co-product left over after the production of Cold Pressed Hemp Seed Oil) and Hemp Seed Hulled (the whole hemp seed with the fibrous outer shell removed, and often referred to as hemp hearts).  Boasting a sweet nutty flavour, the versatility of these products is endless: they can be added to shakes, protein balls, stirred into ice cream, used as a partial replacement for regular flour in baking, a garnish or mixed through salads as you would any other nut.  As well as being popular with food manufacturers, these hemp seed food products are available online and via selected health shops.

Hemp Seed Oil is also riding a new wave of popularity as more and more people become aware of the claimed health benefits.  This unique oil is one of nature’s richest sources of the Essential Fatty Acids (EFA’s) Linoleic Acid (Omega 6, LA) and Alpha Linolenic Acid (Omega 3, ALA) as well as smaller amounts of Gamma Linolenic Acid (GLA), and Stearidonic Acid (SDA).  These EFAs include Omega 6 & Omega 3 in a naturally occurring 3:1 ratio, which is considered an essential part of a balanced diet

No longer a ‘watch this space’ product, hemp seed foods are poised to be 2019’s superfood!

Further information about new hemisphere™ and their range of hemp seed foods is available at www.nzhempoil.co.nz

Canarium indicum is an indigenous tree of the lowland forests of Melanesia (Papua New Guinea, Solomon Islands, Vanuatu) and parts of Indonesia producing edible nuts, commercial timber and some minor products. For thousands of years the nuts have been culturally important and a traditional food. Since the early 1990s there have been several projects aimed at the wider commercialization of the species, with mixed success.

Nangai oil is derived from the nangai nut. After being harvested the outer flesh is removed and left in the shell to dry for a few days. The shell is then removed and the nut by itself is left to dry for a few more days. The nangai nut oil produced, is virgin hand pressed fixed oil product, it retains all its unique healing and nutritional qualities. A hand operated hydraulic cold press slowly crushes the nut and the oil is removed in a cool environment. The delicate oil is then filtered and stored in a dark cool place while it settles.

Nangai oil is transparent and exudes a mild, nutty aroma. The oil has a rich texture and is due to the high levels of stearic (13%), palmitic (34%), oleic (38%) and linoleic (14%) fatty acids. These fatty acids contribute to the nangai oil’s emollient properties which softens and soothe beautifully. Its highly absorbent properties make it a superior replacement for other carrier oils, including jojoba oil. It melts around 30 degrees Celsius.