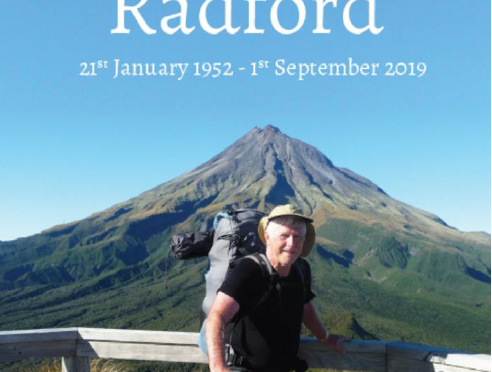 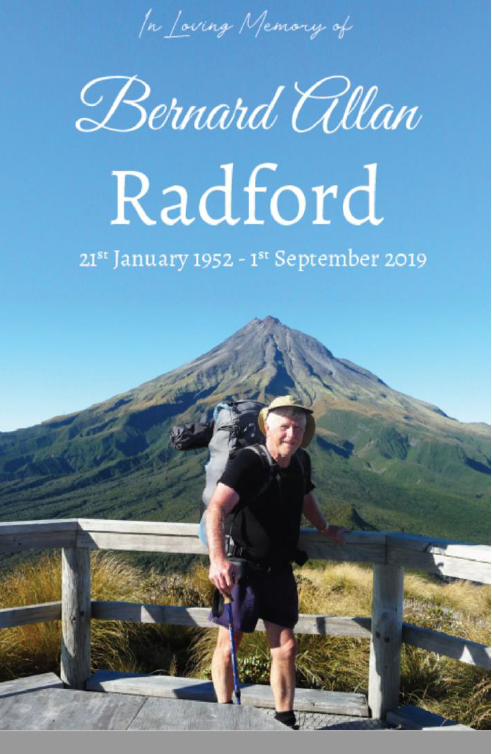 We  are sad to report the passing of one of our enthusiastic and active members. Bernie was always full of ideas and was the first to suggest that we branch out into other areas that encompassed natural products and were not fats by strict definition. We have followed this direction and have now widened the scope to include hemp extracts, antioxidants and other lipid-like molecules. Bernie was always a supporter of dairy products and defended any attacks on milkfat or dairy protein. This was probably since he was born and raised on a dairy farm in Pungarehu, Taranaki, number 8 in a large family. He became a chartered accountant and then worked in Wellington setting up the NZ Fire Service before joining the Dairy Board where he was involved with the Latin American market. He joined Rangitaiki Plains Dairy Co as Financial Controller (very useful as our auditor), then became Marketing Manager when Bay Milk Products was formed. He was heavily involved in the development of specialty ingredients, particularly the extraction of complex dairy lipids, which are only now realising their full potential. He moved to Kiwi Dairies, also on new product and process development and was involved in a very innovative section called ‘Kiwitech’. After the merger between Kiwi and NZ Dairy Group, Kiwitech morphed into Fonterratech. He will be missed by his friends and colleagues in the dairy and general food industry. Our deepest sympathies go out to his family.

The 2020 World Congress on Oils and Fats & ISF Lectureship Series will be held in Sydney, Australia from 9-12 February 2020. Australia last hosted the World Congress on Fats and Oils in Sydney in conjunction with the ISF
Lectureship Series in 2009.
This year we have some very exciting events and workshops aligned with the program. The Scientific program is now live on the website (www.wcofsydney2020.com) with 140 presentations which cover a large range of themes involving the fats and oils world including, nutrition, lipidomics, processing, food applications and contaminants.

The winners of the NZIC Oils and Fats travel awards were Marcus Loi of Otago University and Yongchao Zhu of Auckland. The committee decided to award two awards as the applications were of equal merit.

The aim of this systematic review and meta-analysis on anti-inflammatory benefits was to summarize evidence from randomized controlled trials on the effect of regular dietary intake of olive oil on three inflammatory markers: C-reactive protein, interleukin-6, and tumour necrosis factor-a. Olive oil taken on a regular basis can be a good dietary fat alternative, especially to manage IL-6. Two previous meta-analyses have revealed a beneficial health effect of the adherence to the Mediterranean diet and consumption of olive oil on inflammation, CVD, and general mortality, with consistent evidence for the preventive effect of olive oil consumption on CVD.

There have been two recent sets of awards in New Zealand. Oliveti or Northland Olives had a recent competition for their members, and this showed that New Zealand has come a long way in recent years in
improving the quality of the processed oil. The competition represented the results of a good harvest and care in processing. Duck Creek Road olive oil was best in the show and River Estate was the best in the Single
Varietal.

The other increasingly popular competition is run by the A&P show in Auckland as part of the Easter Show.The Logan Campbell Trophy and Supreme Award for 2019 went to David and Jo Gilmore at
Flaxbourne Olive Oil, Marlborough for their Special Blend, which was also Class Champion in the Mediumclass. It was a very worthy winner in a particularly tight competition and was among numerous
Gold and Silver medal winners.

All told, 15 Gold, 26 Silver and 4 Bronze medals were awarded in the three EVOO classes. The judges said that whilst the Golds were exceptional and the Silvers excellent the Bronze medal winners were also lovely oils to
have for use in the home. Chief Judge Laurence Eyres: after his throat recovered from the polyphenol treatment, reported the following, ‘Whilst the high standard made it tough for us to make sure we were
identifying the very best oils we still had a very enjoyable day because the quality of the entries was so good. There was a universal background pepperiness with the oils, indicating a good level of healthful polyphenols.
New Zealand consumers are lucky to have such a wide range of quality tasty oils available nation-wide and with the recently published A&P-supported work at Massey University they now know that olive oils are entirely
suitable for frying use, even at high temperatures.’ The overall standard was very high with no oils being rejected for defects.

It was a good representation of well-balanced oils with fruitiness, bitterness and pungency all represented. The oils will provide an excellent culinary experience for consumers, whether for individual tasting or cooking.
The overall impression was of an optimal level of polyphenols due to the background notes which is the main attribute for the healthiness.

The top award in the Gourmet Oil Awards went to the ever-reliable Uncle Joes of Marlborough, this time for theirdelicious Hazelnut Oil. There were also very good hemp seed oils from Midland Seeds and Uncle Joes.

Twenty-one people have been indicted by a grand jury in the USA for stealing large quantities of used cooking oil (UCO) in a major grease theft ring. Some of the thieves slipped through the net. “Used cooking oil has become a sought after commodity by biodiesel companies, and restaurants use the sale of this oil as another source of revenue,” said John Eisert, acting special agent in charge of Homeland Security Investigations in Charlotte, North Carolina. “This team of co-conspirators had an elaborate scheme to steal thousands of gallons of cooking oil for their own profit in violation of several US laws.” A strange project for Homeland security. Biodiesel Magazine said the rendering industry estimated that there was an annual loss of some US$45-$75M from the theft of UCO.

An article in the New Zealand Medical Journal (20thSeptember 2019) has recently reported that in an analysis of 10 Omega-3 supplements on the NZ market only 40% met label claim. The headline-grabbing media, who love negative news about any industry issue, immediately went to town on the results trumpeting that the study echoed results by Auckland University (5 years ago). Those results were shown to be erroneous in a subsequent
examination by lipid experts.
This time it is likely that the actual GLC analyses were correct but an invalid assumption that the supplements were all 1g in weight produced the wrong interpretation. It is likely that the article was not peer reviewed or checked by anybody skilled in lipid analysis. Reported weak science like this could be described as tiresome. Investigations like this should be left to Consumer groups like Consumer magazine who do the evaluation systematically with objective scrutiny.

Natural Health Products NZ chairwoman Lorraine Moser contested that there were calculation errors in the way the researchers interpreted the omega test results. Specifically, the group said that, when interpreting the test results, the researchers appeared to have “incorrectly assumed” that all capsules were one gram in weight, when some weighed more. The group argued that not taking this into account had significantly skewed” the results, and it had complained to the journal. Industry does not need this sort of careless Science,especially when it comes out of public good funds.

Natural Health Products NZ is calling for the retraction of a deeply flawed
paper on fish oil, as is discussed in the media release issued this
afternoon:

The article has now been retracted by the authors who have admitted the error. They are obviously a responsible group of Researchers

The us Department of Agriculture (USDA) has approved an omega-3 rich fish oil alternative produced by agriculture giant Cargill for aquafeed use in the US, the company said.

Cargill has been developing its Latitude brand fish oil alternative
since 2010. Its teams in Great Falls, Montana, Fort Collins, Colorado, and Blair, Nebraska, have been busy readying to produce large-scale quantities of
genetically modified canola, which will be processed into the oil for use in aquafeed